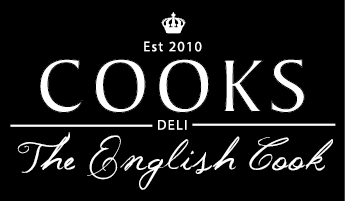 REAL ENGLISH FOOD, IN THE HEART OF THE CITY

Sally & James opened Cook’s Deli in South Tampa in 2010.  They remain forever grateful to all the people of South Tampa who put them on the map.

After opening in February of 2010, Cook’s Deli quickly gained a devoted following.  Guests now visit regularly for mouthwatering sandwiches, fresh salads, or decadent desserts!   There’s always something new and exciting to try.  Or….pick up one of the ‘Dinners To-Go’ for an easy meal at home with a little English flair. Preview our South Tampa menu and stop in for a cup of tea!